“Golden” was a short film by fytwmbaf productions – a group of all-female students from University of Santo Tomas.  The film tells the tale of the female protagonist who takes to gambling to sustain her studies after losing her scholarship and finds empowerment and friendship despite the corruption and dishonest systems. 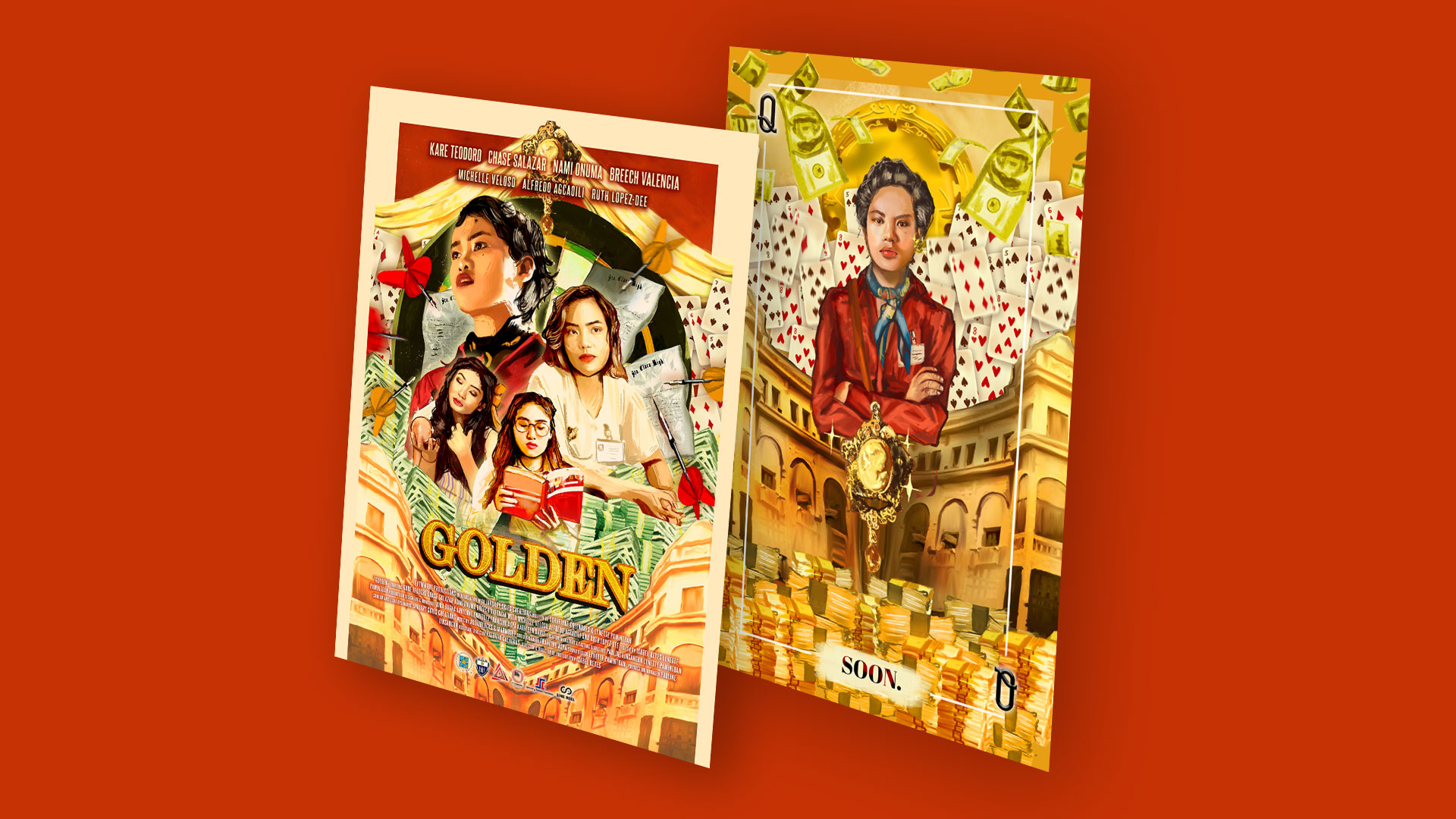 The idea of the poster was initially sketched by Arrienne Enriquez – one of the members of the film production team. I created the digital painting execution based on their concept and it won the Best Poster award during their school’s film festival called – “Sine Reel 2019”. 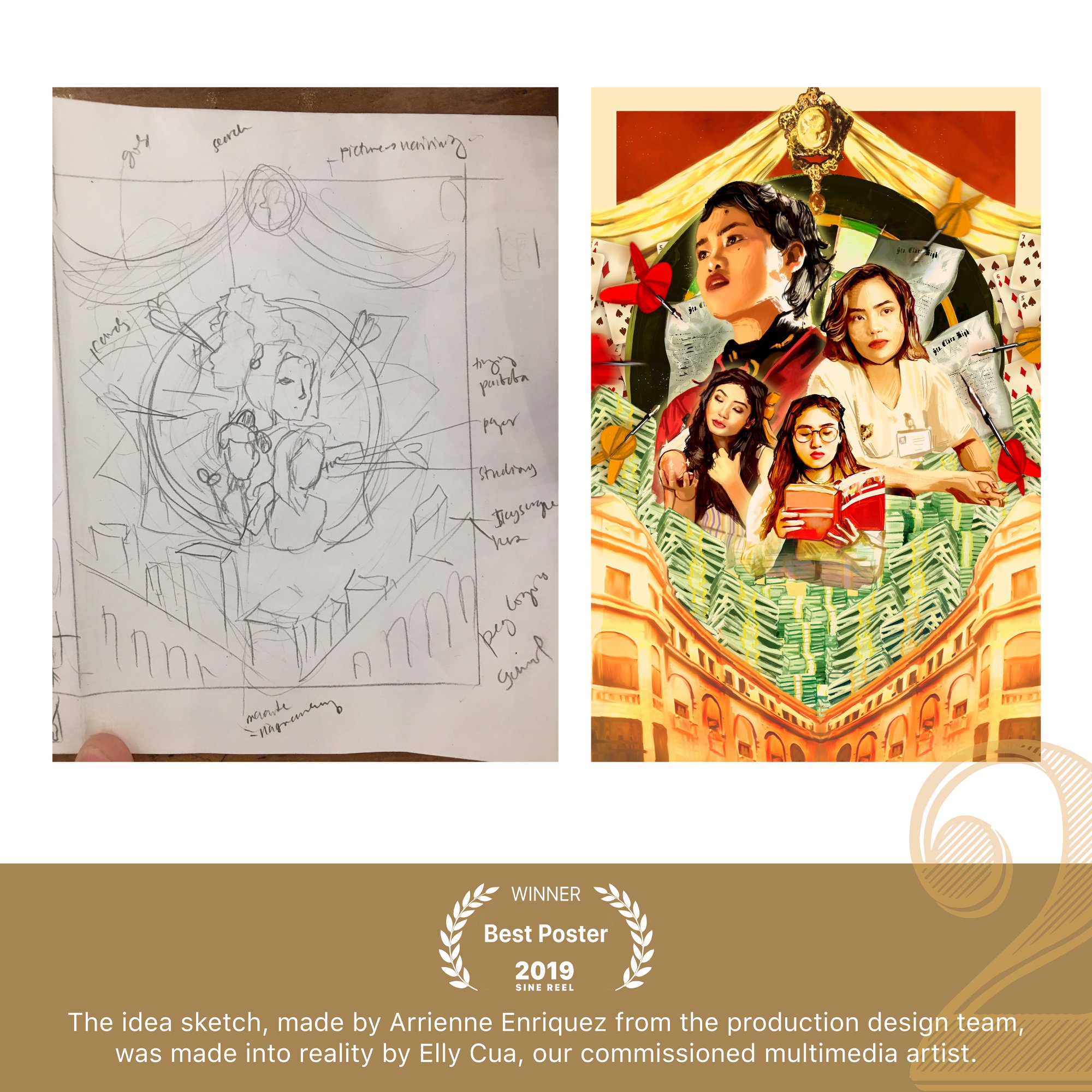 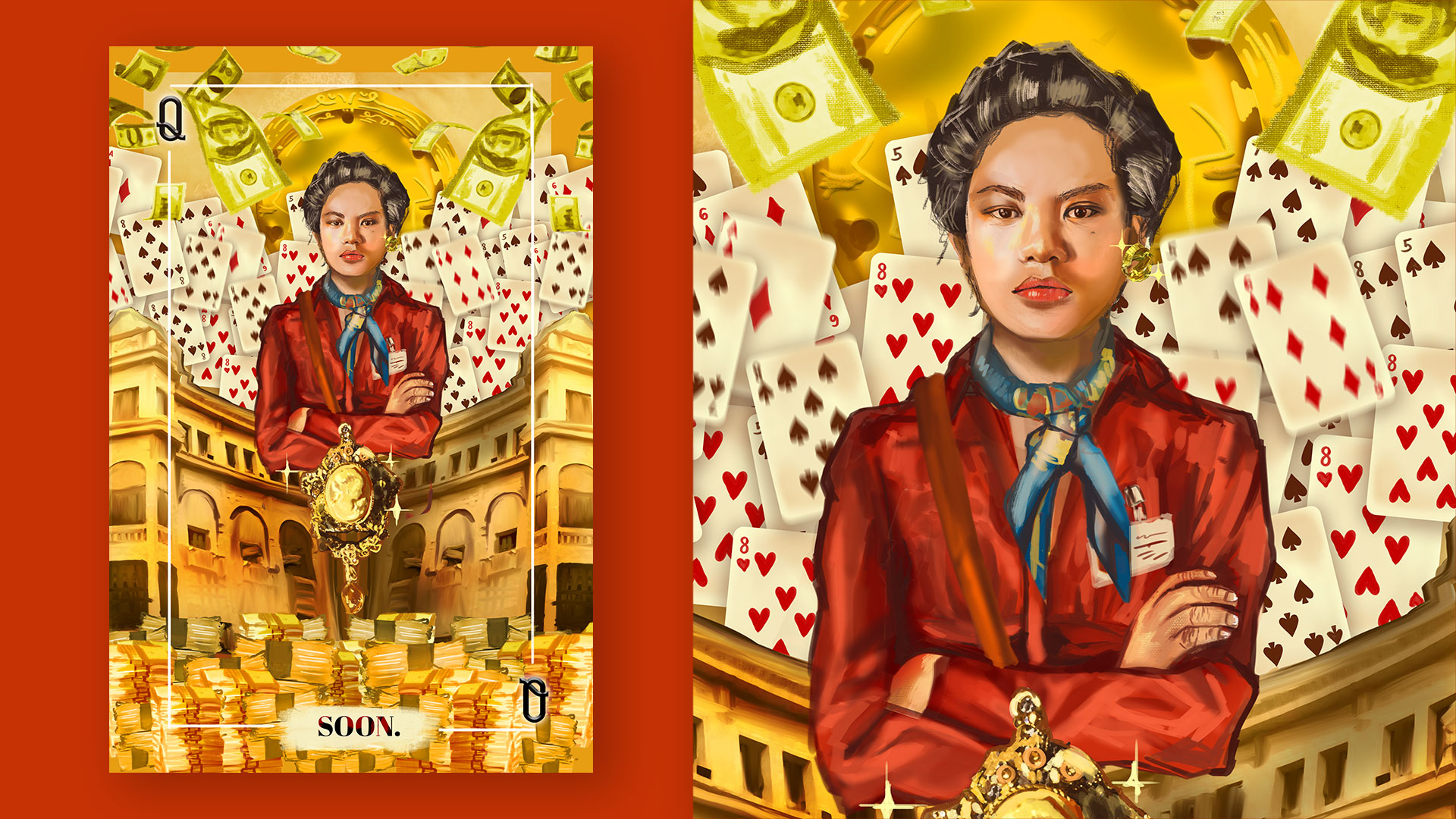 The teaser poster for Golden that I have illustrated. 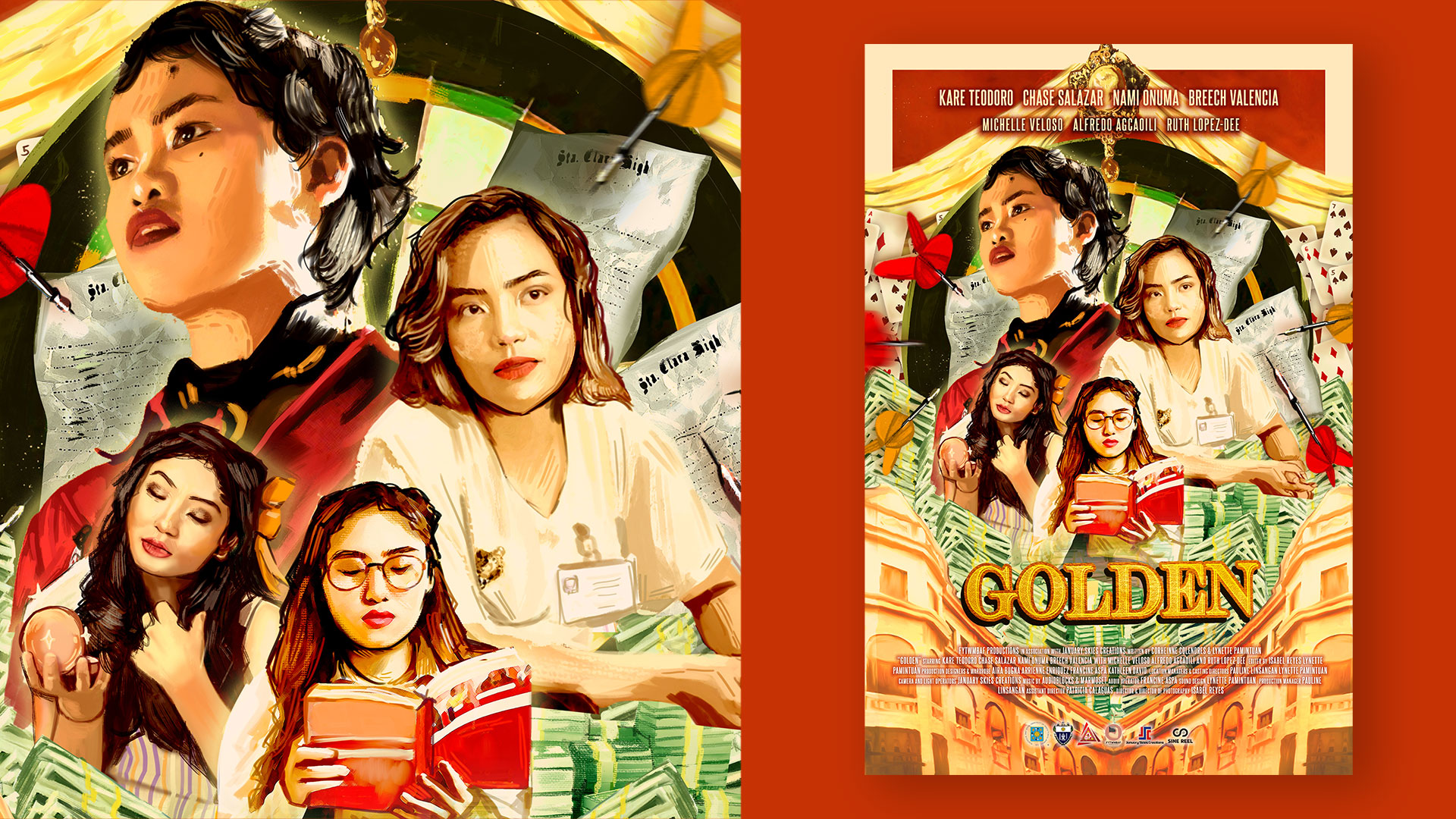 The final poster containing the cast and crew of the film, as well as the needed logos. 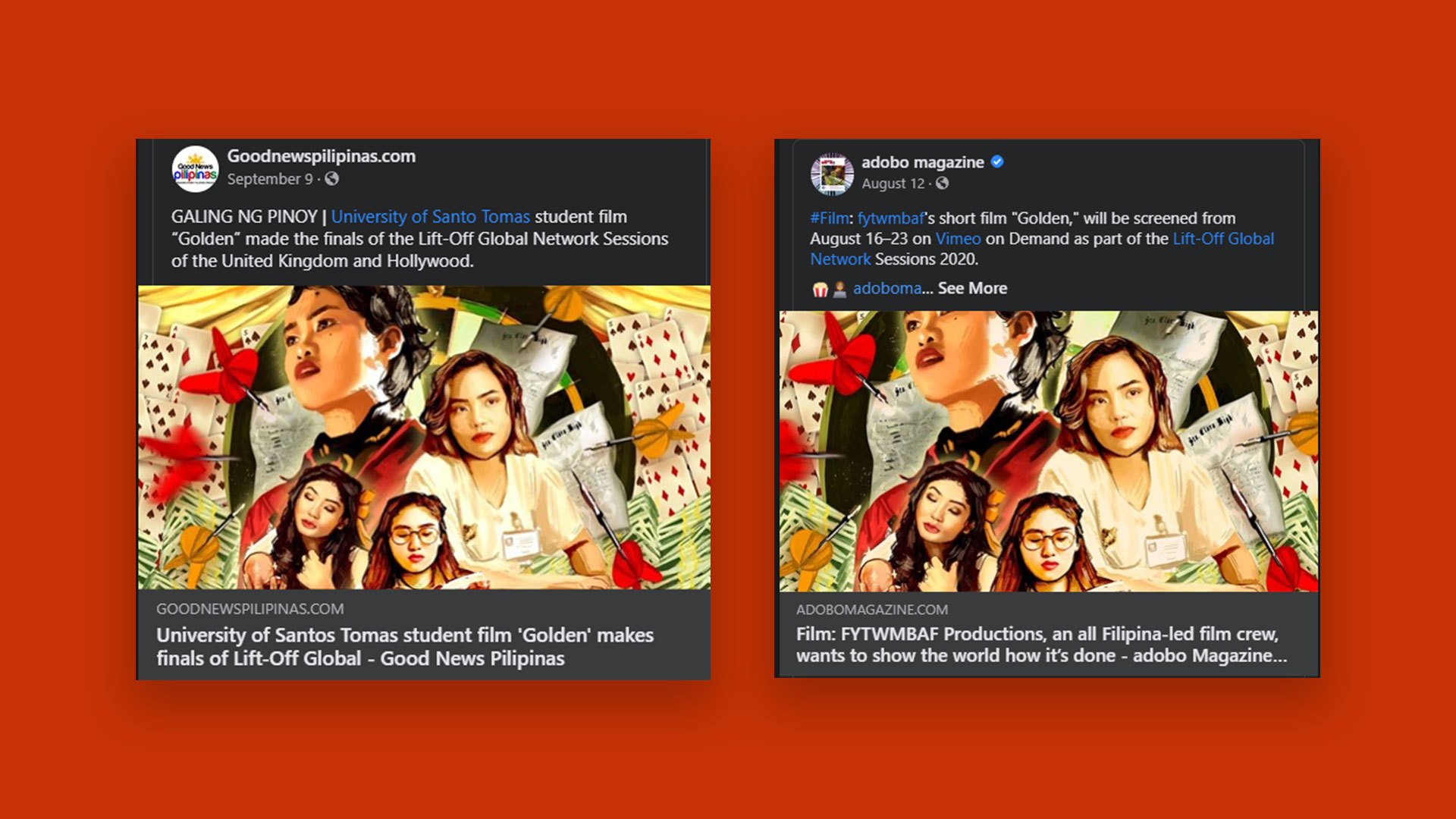 The poster was also used as the featured image in some articles of the film about it being part of international film festivals.